And so it begins!

Arriving in HK via a red-eye flight is never the most ideal way to go anywhere, but it is a relatively short hop across the Asia-Pacific pond. 3.5 hours isn’t really all that far, and I do enjoy the tranquility that comes with flying in the middle of the night. Not surprisingly, HK International Airport was pretty much deserted upon arrival. The general emptiness of the place is reinforced by the fact that getting from any gate to the immigration channels is a trek and a half. There is nothing to see, but more gates, and maybe some bathrooms. If you like that sort of thing. Thank God for music, and specifically Spotify, particularly when the majority of the travelators were still non-operational. 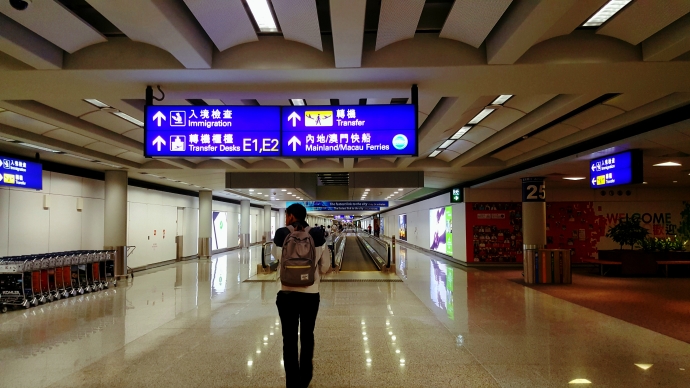 The best way to get around HK, if you’re not squeezed for time, has to be the airport buses. A ride from HKIA to Causeway Bay is only 40HKD, which is pretty good on the purse strings. It was not like I was in a rush to go anywhere at 5ish in the morning. And the scenery has got to be a bonus, even if my photos are compromised somewhat by bus window reflections and the general shakiness of the ride.

One of the bigger issues with traveling to HK is the cost of accommodation. Airbnb is good if you’re traveling in a group or for anything longer than a few days. Luckily for me this time, I’ve been able to crash with Amir, whose excellent work adventure has already included a stop in the Land of Smiles (Thailand). Pennington Hotel was a pretty solid choice. It was very close to the Sugar Street bus stop, and is a very short walk away from the Causeway Bay MTR. The rooms are nice, perhaps a little space constrained which is really a constant issue in most HK hotels. 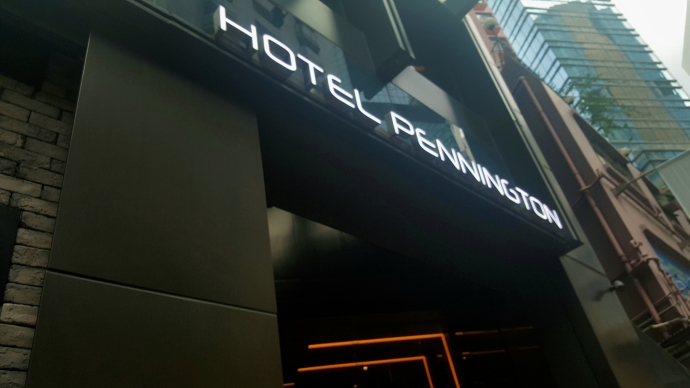 Having given up the rest of the morning to recuperate from my aeronautical-related exertions, having a good lunch was vital. Any trip to HK has to have decent culinary experiences as part of the checklist. It doesn’t mean you have to eat Chinese food, but something that tickles your fancy. We opted for Vietnamese and didn’t go too far wrong. 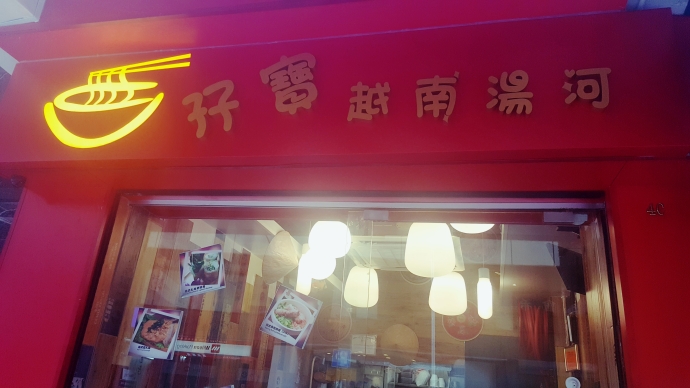 Marble Vietnamese Restaurant is a really small eatery in Tsim Tsa Tsui, which only has space for about 12-14 people at any given time. While they specialise in pho, there is a fair amount of different choices for lunchtime. It is also pretty reasonably priced. 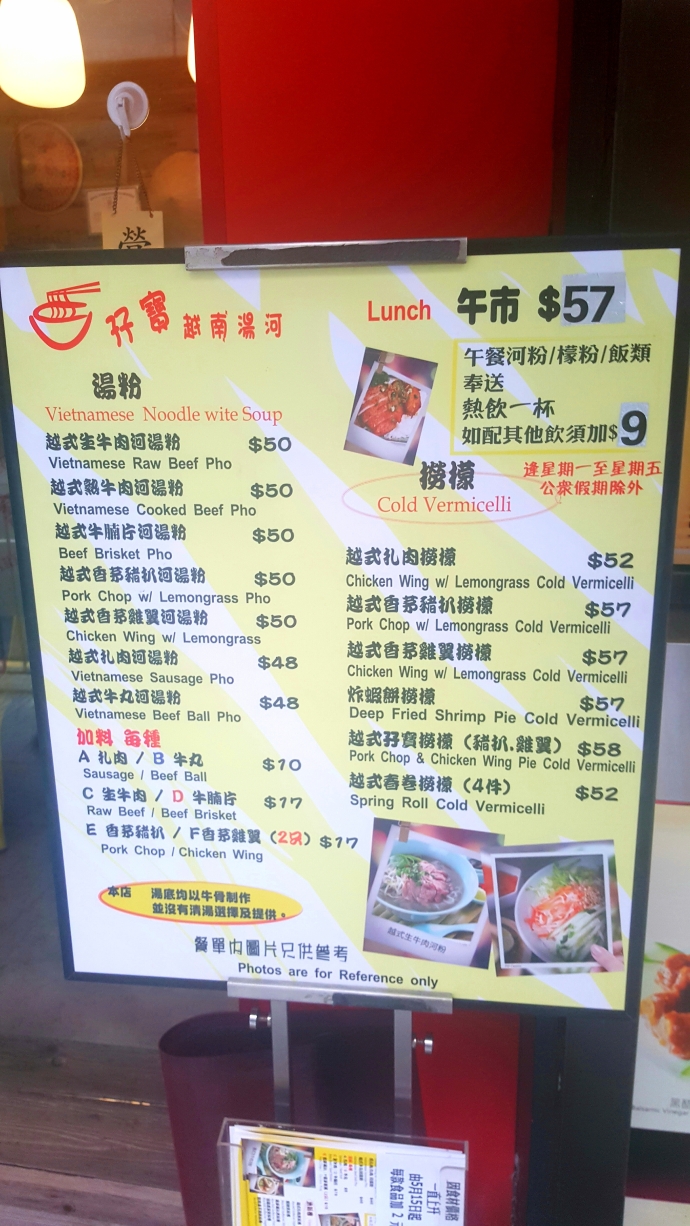 We opted for the raw beef pho, and the deep fried pork chop with rice and scallion oil. The soup base for the pho was slightly sweet and savoury, with a generous portion of raw beef that slowly cooks in the broth. I would say that fresh beansprouts are an essential part of good pho, because the contrast in textures elevates the entire dish into something more than just your standard bowl of soup noodles. The pho was definitely a decent choice, but I do like the option of a some fish sauce to flavour things a little more. 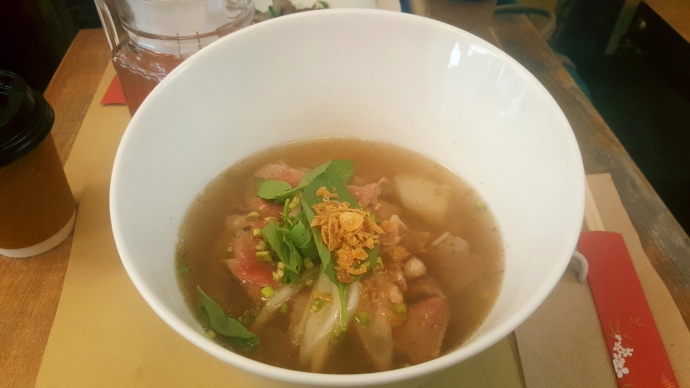 Moving onto the second dish, you generally don’t go wrong with deep fried pork chops in Hong Kong. It’s just something about the cooking. In this instance, the differentiating factor was the scallion/spring onion oil garnishing, which gave it a sweet-savoury fragrance, and essentially makes the dish Vietnamese. It wouldn’t really be otherwise. 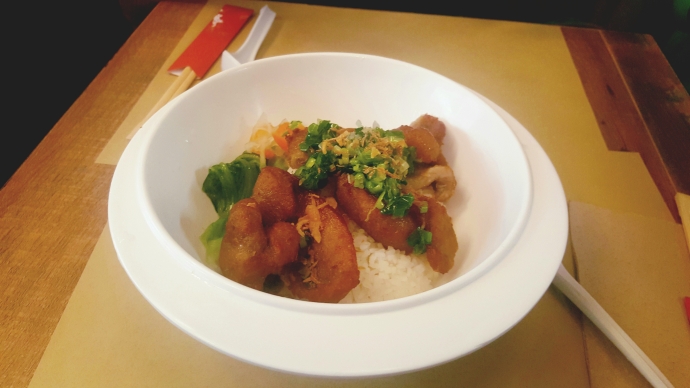 All in all, this was a pretty good start to Day 1 in HK. Marble Vietnamese is definitely worth a return visit. It may be worth trying their garlic fried chicken wings and spring rolls. Another time perhaps, but there are still so many more places to go over the next week. I did manage to snap a copy of the details below for future reference! 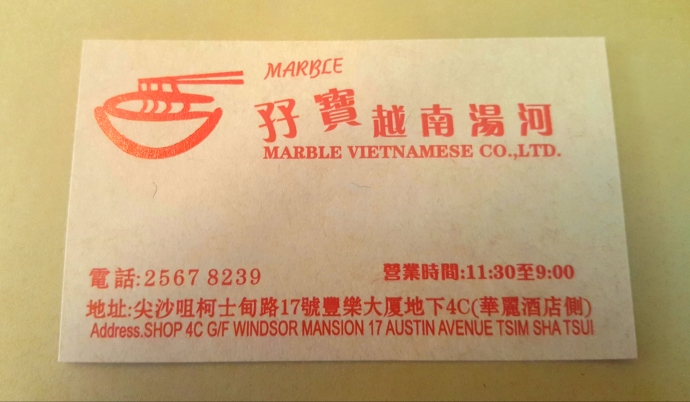