Again, another late update to an incredible trip that left little time for writing.

There was nothing much to write home about during the day, as I familiarised myself with the various parts of Causeway Bay. The constant forgetfulness to take more photos does not help the narrative in the slightest.

The evening on the other hand, was something I recorded quite extensively. This was probably because we would be forking a pretty penny for the night over on Central. We started off on Staunton Street, with a visit to linked bar and restaurant Happy Paradise and Little Bao.

[Note: Go to Little Bao first to get a spot in the queue, as there is usually some kind of waiting list. The staff are friendly to call or text when a table is available. No, the restaurant does not take reservations.]

A literal two minute walk round the corner and up the hill from Little Bao rests Little Paradise. A location with a name like one of those dodgy massage sauna-spas, this blue-bathed neon beauty has real character. The friendly bartenders are always there to facilitate any drinks on and off the menu, provided that your poison of choice is available, of course.

Being fairly unadventurous in terms of liquor choice, I personally opted for the last drink on the page – the classic G&T with a mild twist. The presentation was fairly impeccable – the general minimalism of the presentation, be it the drinks or the bar in general (with the exception of the bright neon signage), lends itself to a relatively chilled way to begin an evening. 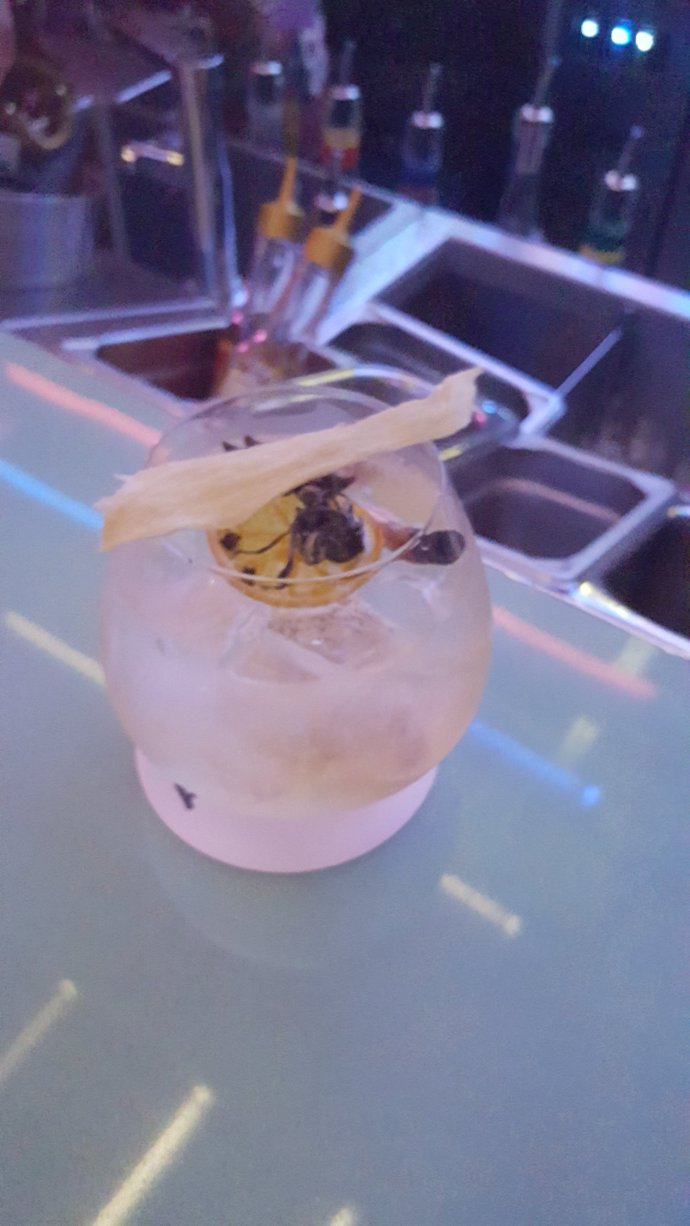 The gin drinker’s question here is simply three words: notes of cinnamon. Yay or nay? I’m all for it, and the infusion of the sweet spice sits right on top of those gin notes. Again, the perceived quality of any drink is dependent on one’s poison of choice, and the accompaniments that lend themselves to be swirled into one thing or another.

As a table opened up fairly quickly at Little Bao, we didn’t end up staying here for more than half an hour. Perhaps a little longer would have been useful, especially when you’re trying to gauge the general feel of the place, but I think Happy Paradise is worth the visit for the ambience and the drinks. Price-wise, HK and Singapore have become relatively similar for their upscale bars and restaurants. As long as you’re not doing this every weekend, why the hell not?

A stroll back down the street, and we found ourselves in front of a small eatery that could house no more than 20 patrons. Bao in chinese means bun – pretty important since this is essentially a fusion-style burger restaurant, with a high number of adventurous side dishes. The menu is varied – as seen below. 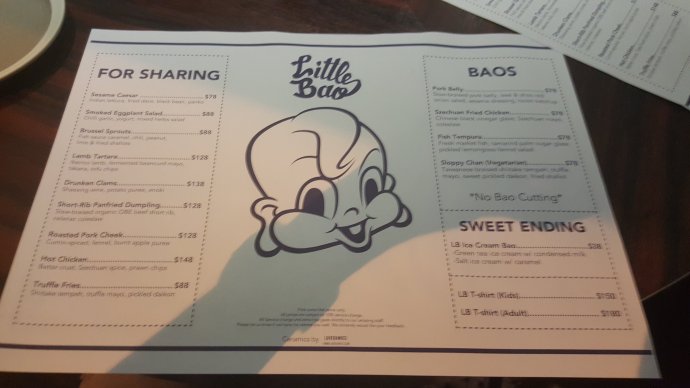 &&&&​
Lamb tartare kicked off proceedings. The lamb was fresh, and was accompanied well by deep fried beancurd skins. It was good, but a bit more of a kick – citrus or a light spice – could have elevated it even more. Perhaps a mint-lime concoction?

I​ really enjoyed the szechuan style fried chicken. Better KFC with a twist, spicy oil oozing out of the chicken leg with a sweet finish.

The chicken bao was very good. It was an interesting idea to use Chinese mantou style baos as burger buns. 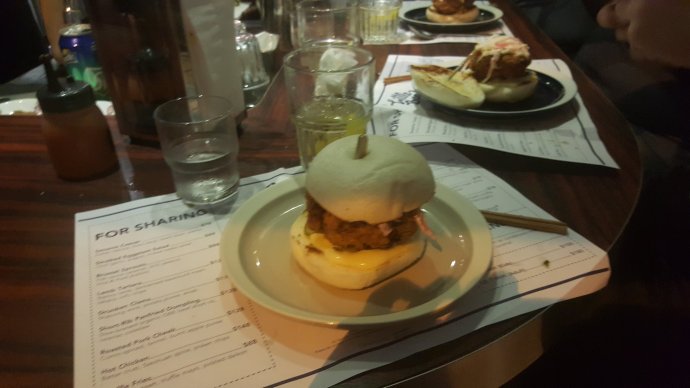 The texures were great: a good chunk of crispy battered chicken with light greens meshed with a chewy and mildly sweet bun. Can’t really go wrong with that combination.

We also ordered a side of fries as well as Mac and cheese. The fries were fairly crispy and the Mac and cheese gooey and rich, but I’m running out of adjectives to describe things that were what it were – fairly solid.

Now, to the finish -Dessert was had, and it brought in the baos again. Ice cream patty burgers. The salted caramel flavour was definitely better than the Green Tea. The latter was a touch too punchy – both in sweetness and the boldness, when the bao was still the star of this offering.

All in all, very decent food at Little Bao. Sure, the highballs may have helped to keep the buzz up. At the end of it all, it was definitely worth hitting Staunton Street off Central.